OPINION ARTICLE: ‘It’s like a war has ended and you don’t know who you are anymore’

Mia de Faoite documents the horror and abuse that come with prostitution and trafficking and says society must not forget these women.

Imagine you arrive in a new country. You don’t know anyone, you don’t speak the language and the only experience you have is one of violence and threats of violence; sexual, physical and psychological violence used by pimps, traffickers and the men who buy sexual access to your body every day and night.

This brutal scenario is unfortunately the reality for many women in the sex trade. The experiences of 144 women were recently highlighted in ‘Confronting the Harm’, the most in-depth study on the health impacts of prostitution undertaken in Ireland by the Sexual Exploitation Research Programme (SERP).

The study reveals how prostitution affects every part of women’s lives, both physically and mentally. Around 94% of the women who attended the HSE’s Women’s Health Service were migrant women and 40% had insecure immigration status.

Over half had entered prostitution under the age of 24 and some were still only children upon entering.

For myself, it was an addiction that led me there at the age of 33. And initially, it did for me what it was intended to do, it paid for my addiction. However, I had no idea of the world I had just stepped into and the heavy price I would pay.

Within a very short space of time, your only human contact becomes the men who buy you and the other women who stand alongside you. You begin to see the world in a very different way. Then the inevitable happens, rape or sexual assault. I have multiple accounts of rape, physical and sexual assaults and countless experiences of humiliation.

Your ability to see choices becomes extremely compromised by the effects of trauma and disconnection from society in general and that is if you ever had any choices, to begin with. While I went into prostitution to cope with addiction, I ended up being more addicted to cope with being bought. It is a paradox so many do not escape from.

In the end, I myself did not just decide one day that I had had enough, I actually had no idea about how or if I would ever escape prostitution. I met a social worker and although I would have had a very guarded front, she was different. There was no judgement, no intrusive questions, she just saw a woman, a mother who was hurt and lost in a cruel world and took the time to build a trusting relationship with me.

After some time, she asked me if she could make a phone call on my behalf and I said yes. What followed that phone call was a medical detox, followed by further rehab, three months working with a psychologist and a specialist caseworker at Ruhama who supported me in all aspects of rebuilding my life. From day one of my recovery it took a team of experts to put me back together and a lot of inner resilience.

I know that the damage caused by prostitution to the physical and sexual health of our bodies is immense. The physical may be treated and may heal but many suffer from lifelong injuries to their bodies. The ability to have healthy, safe intimate relationships can be damaged for many.

It is like a war has ended and you don’t know who you are anymore. Research tells us that prostituted women can experience the same level of PTSD and sometimes higher levels than veterans returning home from conflict. For me, it was violent flashbacks, vivid nightmares, my senses heightening so much I thought would go insane. Maybe you can understand now how it is hard for us to trust humans again.

Prostitution in Ireland is highly organised and criminally run and SERP’s new report adds to that evidence. This is why in 2017 Ireland took a brave and progressive step and enacted a law that would begin the process of ending the abuse.

Our law criminalises the purchase of sex while explicitly decriminalising those who are selling sexual access. We know that laws criminalising the demand for prostitution are strong tools to break the global system of commercial sexual exploitation. 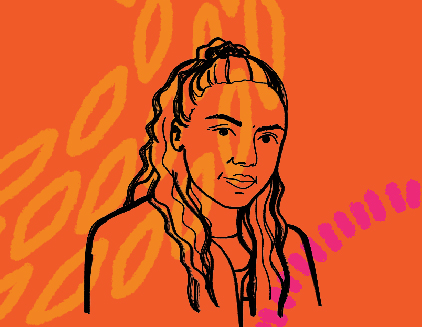 But the law itself is only a first step. It must be backed up by real supports and exit routes for women. It can be hard to understand the complex reasons as to why women including myself feel or felt trapped, even if there appear to be no chains holding us there or the vulnerabilities are not visible to the onlooker.

On average it can take up to six attempts to leave prostitution before you eventually do. I was fortunate as I managed to leave on my second attempt, but not because I’m in some way stronger. I just had a head start over most of the women.

I was in my own country, I spoke the same language, I had a safe roof over my head and I had access to social welfare. And these are only the practical supports required. In addition, you need to deal with the painful, deep psychological wounds we carry and live with.

We end up like broken jigsaws and we may have no idea how we are ever going to put the pieces of our lives back together. But like all complex puzzles, the first thing you must do is build a border that will surround and protect the pieces from falling out. The building of that border is intense and requires specialised care and supports.

The Beyond Exploitation campaign, led by the National Women’s Council is calling for statutorily funded exit routes and supports, which may differ from one woman to the next depending on her needs.

We have made a commitment to stand firmly beside the women, to fight for the women, and to make sure their pain is acknowledged and their voices are heard.

One of the main ways women find an avenue to escape is through contact or intervention from frontline services such as Women’s Health Services, specialist services, such as Ruhama, and An Garda Síochána.

Managing to leave is only the first step, the ability to stay away is another much more complex one. The women are often leaving extremely traumatic situations and their needs are varied and complex. And as many of the women are moved around the country, it is important that services with specialist staff are not only based in Dublin.

Many women need support around their immigration status, ensuring that they do not have to fear deportation as a result of trying to exit and seeking help. And for many, specialist, trauma-informed psychological support must be combined with access to housing, social welfare, addiction services and training and employment.

If you’re affected by anything in this piece, the 24-hour helpline run by the Dublin Rape Crisis Centre can be contacted on 1800 778 888 or Ruhama.