Beyond Exploitation welcome the opportunity to make a submission on the Third National Strategy (TNS) on Domestic, Sexual and Gender-Based Violence (DSGBV). It is the State’s responsibility to take specific measures to reduce barriers to ensure women can fully realise their social, cultural, political and economic rights to live a life free from violence, obligations flowing from broad national and international fundamental human rights obligations to which Ireland is bound.

Whilst we welcome and recognise the importance of aligning the TNS with the obligations set forth in the Council of Europe Convention on preventing and combating violence against women and domestic violence, it is imperative that the TNS ensures alignment with other relevant obligations of the state, UN treaties, EU Directives, and European Parliament Resolutions, in particular the Convention on the Elimination of all Forms of Discrimination Against Women (CEDAW), United Nations Security Council Resolution (UNSCR) 1325, and the UN Palermo Protocol to Prevent, Suppress and Punish Trafficking in Persons, Especially Women and Children.

Beyond Exploitation in particular highlights,

It is particularly important that the TNS acknowledges and articulates that Ireland has already officially recognised that prostitution is deeply unjust and systemically violent through the enactment of Part IV of the Criminal Law (Sexual Offences) Act 2017 (Part IV). Part IV ensures that those exploited in prostitution are decriminalised and criminalises any person who purchases or attempts to purchase sexual activity from another person and strengthens the provisions in relation to the buying of a trafficked person for sexual exploitation. Subsequent to its enactment, a High-Level Working Group, chaired by Dr Geoffrey Shannon was formed, tasked with the implementation of the Criminal Law (Sexual Offences) Act 2017 with an emphasis on Part IV of the 2017 Act. The Group produced an Interim Report on the implementation of Part IV. The TNS must incorporate the comprehensive recommendations of the report of the High-Level working Group into the next Action Plan. 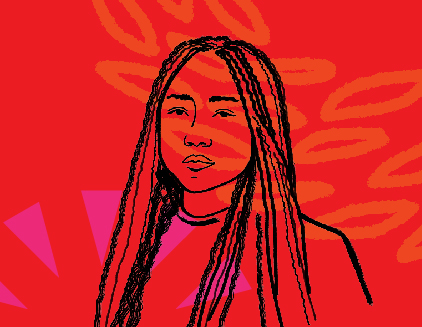 Our organisations witness the impacts of this violence and exploitation on women and girls, particularly those women struggling with addiction, migrant women, and trafficked women and girls. The Irish sex trade mirrors the international sex trade and the overwhelming majority of those selling sexual access are women and girls who experience the intersection of multiple, systemic oppressions and vulnerabilities including racism, insecure migration status, addiction, housing insecurity and income poverty. Migrant women make up an average of 84% of women in prostitution across 13 European countries. In the vast majority of cases the buyer is male, well-educated, with medium to high income. Whilst men are also involved as sellers of sexual access, the vast majority of those prostituted in this sex trade are women, including trans women.

The overwhelmingly gendered nature of the sex industry is coupled with high levels of violence which is endemic to it and has been long established by international research. Women in prostitution and those who sell sexual access suffer exceptionally high levels of violence and abuse. The crimes are overwhelmingly at the hands of buyers and controllers, traffickers and pimps, and include multiple forms of sexual, physical and psychological violence. Additionally, international research reveals rates of violence and mortality are much higher for this population compared to those not in prostitution. A study of 854 people in prostitution in 8 countries revealed 71% experienced physical assault, 63% were raped and 68% experienced post-traumatic stress disorder’.

In the United Kingdom, a House of Commons report advised that, an estimated 152 prostituted women were killed between 1990 and 2015. Research produced by Nordic Model Now, shows that there were 43 murders of prostituted women, primarily by pimps and sex-buyers in Spain, where prostitution is completely decriminalised, over an eight-year period up to 2018. In Germany, where it is legal and regulated, there were 91 murders and 48 attempted murders of persons in prostitution by sex-buyers and pimps in the sixteen-year, 2002-2018. However, in Sweden, there was only one murder of a person in the sex-trade in the twenty-one years since the introduction of the equality model, and this tragic murder although it was of a woman in the sex industry, did not occur at the hands of a sex buyer but was the result of a violent attack by an ex-partner.

Research cited by UNODC (2018) finds that: ‘female sex workers have the highest homicide victimization rate of any set of women ever studied. Epidemiological studies based on United States data suggest that the likelihood of active female sex workers being victimized in a homicide is almost 18 times higher than that of women of similar age and race who do not engage in sex work. Other, less conservative estimates, point to female sex workers running a risk of being killed 60 to 120 times higher than that of non-female sex workers.’ The violence and harm experienced by those in the sex trade continues to be a consistently inherent consequence of the trade in Ireland, as with everywhere else that the trade operates. There is an urgent need for an independent and objective nationwide research project into the prevalence of violence against people in prostitution. It is vital that this is adequately resourced to allow people who do not speak English as a first language to participate fully.

As a matter of urgency the TNS must formally recognise that prostitution and commercial sexual exploitation are forms of highly racialised gender based violence.